Since Sunday is gloomy as any other day this Gener week, laziness won over the Jinri experience book signing event at Robinson's Galleria. Alas there is still no skipping grocery duties. Lucky enough the local grocery store managed to offer me a copy of the Magazine that I sought after. National bookstore was a fail   and I never thought that Daily Supermarket of all places would have one; that was a surprise.

I'll be presenting a glimpse of some on the pictures inside; a POP (Picture of a Picture) view if I may call it, wow I just made that up. I'll make POP part of the title, hehehehe.

The picture book was not bound by glue or anything, it was simply stapled like a regular magazine;  I liked it more that way so as if you want to make a poster on some of the pages you can easily do so.  The title was positioned on the lower right giving it a little disadvantage on some magazine stands.  Arranged in a rack, some might cover the title up; I guess the publishers had their reasons. The picture book was covered in plastic for protection yet it can be easily damaged if mishandled.

The front and back covers are glossy and thick; the remaining pages were matte but still used an Oslo type paper strength.  In short, what I'm trying to say is, the quality of the picture book justified its price.
The content was not what I expected it to be.  Don't get me wrong the pictures were more that enough; I just thought that it would contain more descriptions, write-ups or what not.  Then again I maybe demanding what was originally not to be expected.  The book content were merely picture captions and comic bubbles both in English and Korean.
Now the juicy part is the collection of Jinri's pictures.  No question the collection was worth it; Jinri in matte paper (no glossy finger smudge effect) was a brilliant idea.  Below are some of my POP. 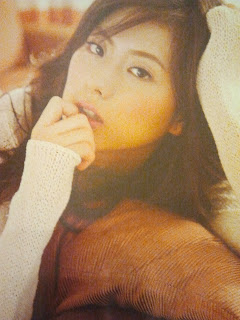 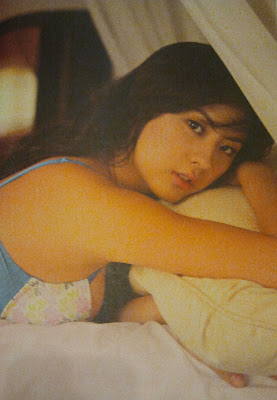 Buy a copy now! That is if you can find one. Great job people!